The artist’s studio  – “the Abbey” –  was designed in 1904 and it has kept its historical appearance, although it burnt and was restored in the 1980s.

Polenov’s studio became what might be called the “visiting card” of the estate.  Polenov completed its construction in 1904, and its name appeared in his letter to Ivan Tsvetaev on October 27 : “.… I’m incredibly happy: the window is huge, the light is amazing. I’ve been dreaming about it all my life, and now I somehow can’t believe [that it is here].” His lifetime dream had come true, and Polenov lived the last period of his life in his own castle… . The first meaning of Abbey is the place of isolation and labour, like in the medieval monasteries “An artist should be alone,” Polenov often said.  Escaping the hustle of the Big House, Polenov later turned his studio into a living space too, in fact, it was his own fortified, protected residence like in the Middle Ages.

After the fire and restoration in 1980s, it was decided to add here a special display, dedicated  Polenovo theatre collection, to create a learning space to know more about this tradition. It is here we hold our annual summer theatre performances and music events. 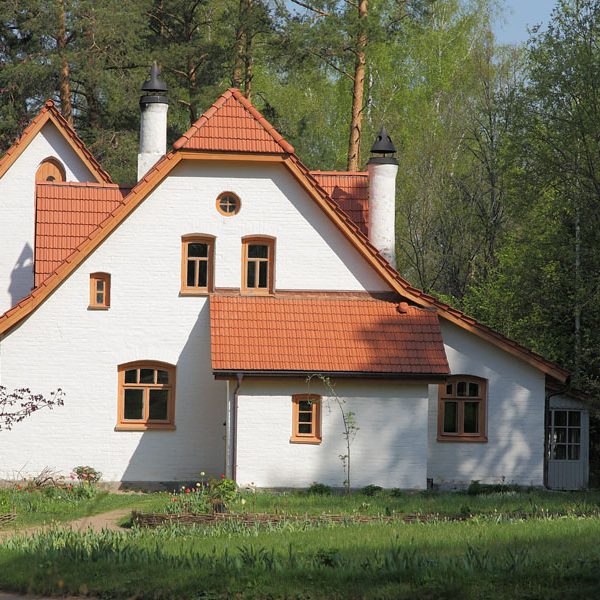 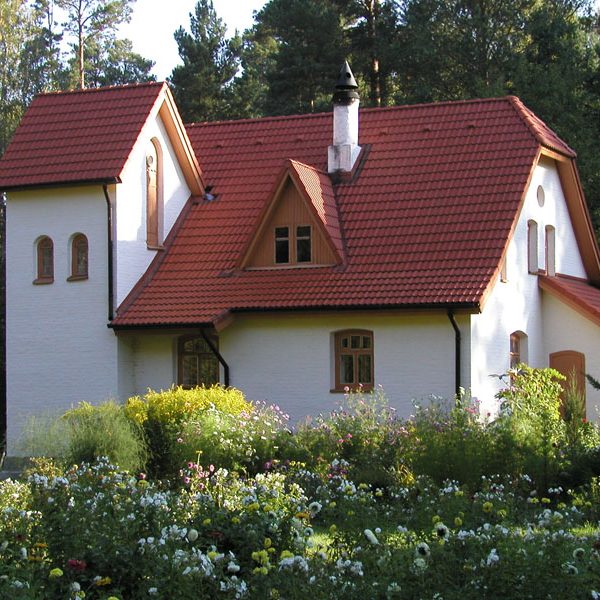 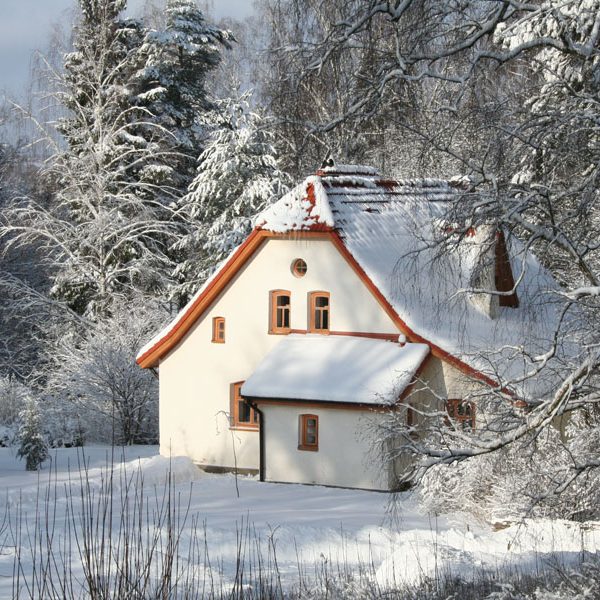 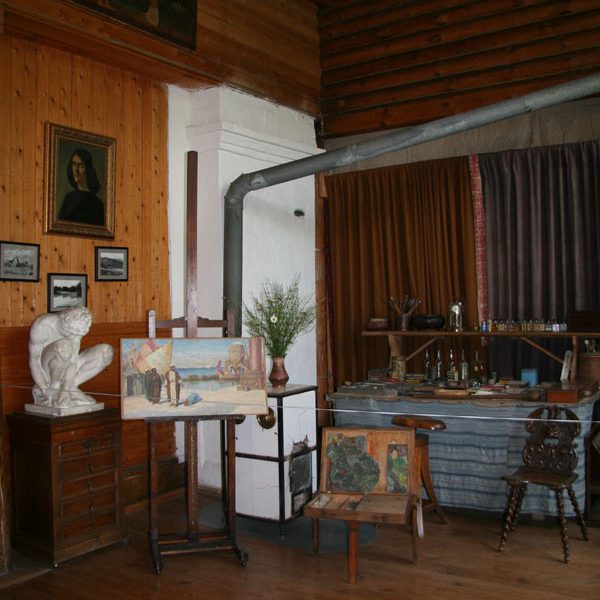 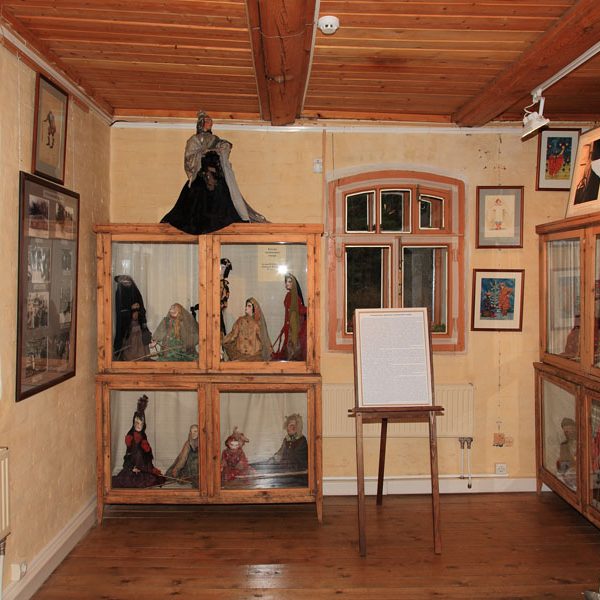 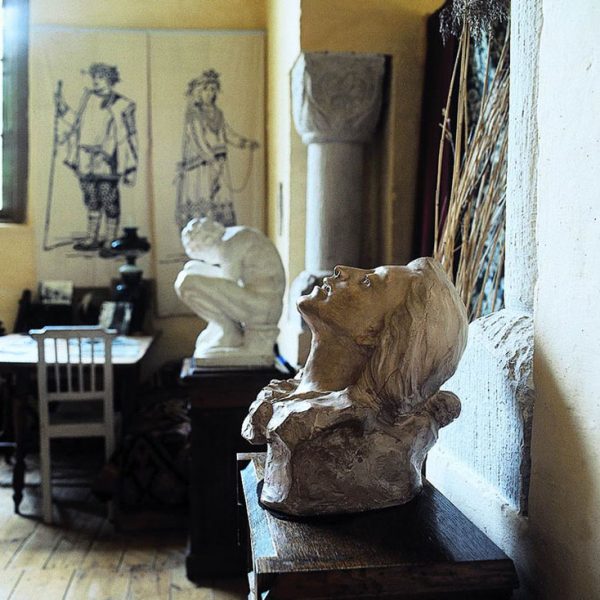 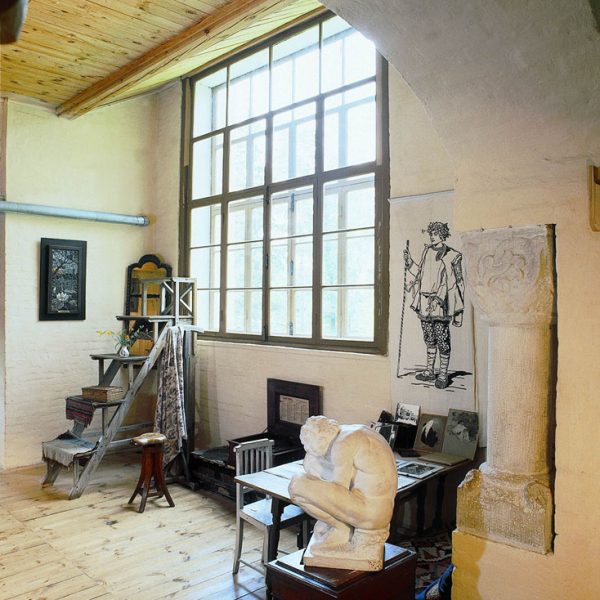 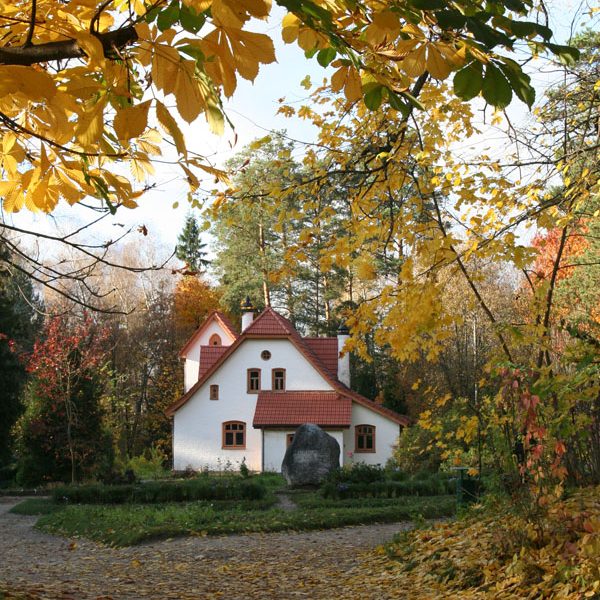